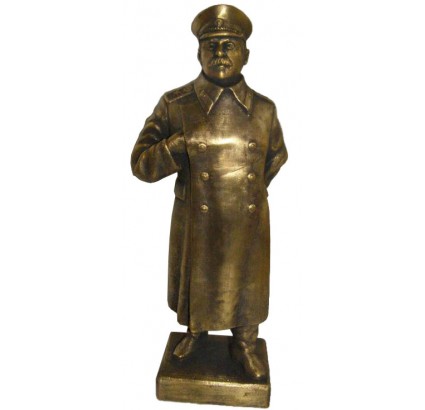 Joseph Stalin was a Soviet politician and head of state, first General Secretary of the Communist Party of the Soviet Union's Central Committee from 1922 until his death in 1953. After the death of Vladimir Lenin in 1924, Stalin rose to become the dictator of the Soviet Union. Bust is made of bronze copper, height 28cm (11 inches).